To most people, UK’s number plate format is bewildering combination of random numbers and letters. However, if you look a little bit closer, there is actually a pretty simply order to the seeming chaos. 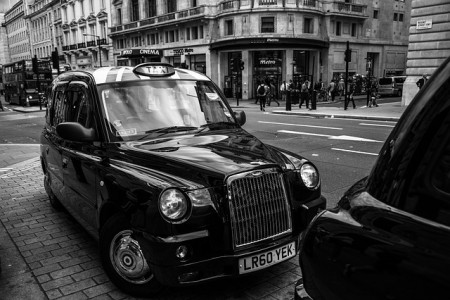 The first thing you should know is, the present format has only been around since September 2001. Prior to that, the country used five other formats over the preceding 97 years. The new format, which adheres to the 1968 Vienna Convention on Road Traffic treaty, would last until 2051, based on DVLA’s projection of vehicle sales.

The present format is divided into three separate sections and a single space between the second and third section.

The first two characters of the format serve as a geographic indicator, which could be crucial for law enforcement agencies. Typically, witnesses to a crime will usually just catch or remember the opening few characters of personal plate sequences. So even if they just catch the opening two characters, police can quickly narrow down the list of possibilities based on the brand, model and colour of the vehicles in question. A secondary reason is to allow law enforcement agencies and emergency and medical services to quickly identify out of towners.

The two characters were originally designed to reflect one of the 33 DVLA or DVA offices where the registration was made. However, following the agency’s nationwide office closure in 2013, the local tag now refers to where the registering dealer or vehicle owner is located. Some examples of the memory tag are FA (Nottingham), RB (Glasgow) and WC (Leeds).

The second section of the format is the vehicle age identifier. The age identifier is represented by two numbers which reflects the year of registration, with two caveats:

(ii) The number fifty is added to the second cycle

So, to summarise what we have learn, a number plate starting with WC61 tells us that the vehicle was registered in Leeds sometime in October 2011.

The final section, which is preceded by an empty space, consists of a three letter sequence generated randomly by DVLA. However, the letters ‘I’ and ‘Q’ is exempted from being used as they look very similar to letter ‘O’ and the numbers ‘0’ and ‘1’ – especially to automatic number plate recognition (ANPR) cameras. Speaking of ANPR, they are having issues with the letters ‘Z’ and ‘O’ as well, which seem similar to the numbers ‘0’ and ‘2’. As a result, many have observed that DVLA no longer issue new plates bearing ‘Z’ and ‘O’.

So, if we add a random three letter permutation (SCN) to the example used above (WC61), your hypothetical car would have a number plate of WC61 SCN. It’s actually quite simple, isn’t it? Of course, things is a little bit different when it comes to personalised number plates, but that’s a story for another day.