The concept of number plates came into existence at the very end of the 19th century as the number of motor vehicles began to increase on the road. However, the legislations surrounding number plates vary wildly between countries, not least when it comes to the materials used to make the plates.

The first municipality to pass a legislation on number plates, the Department of the Seine in Paris on 14 August 1893, originally recommended the use of porcelain moulded using ceramic or iron. However, while the porcelain was hard, it was also brittle. This led to many of the plates breaking into pieces. 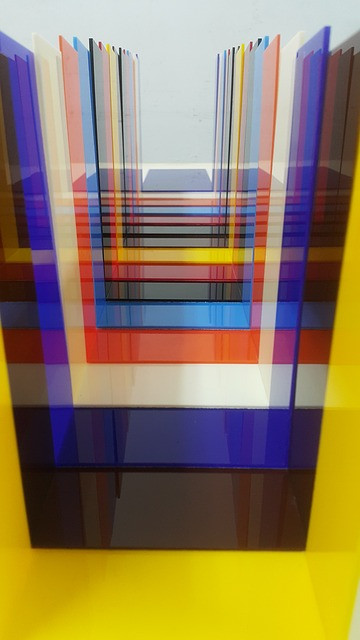 Acrylic is a synthetic compound made from the blending of naturally occurring acrylic acid (CH2=CHCOOH, found in marine algae and rumen fluid of sheep) and propylene (made from hydrocarbons found in fossil fuel), which are then exposed to catalysts such as hydroperoxides.

Acrylic polymers are very versatile, and when mixed with other chemicals, can produce heat resistant, durable and flexible components which are highly sought after in the construction, panting, automobile and aeronautic industries.

For instance, one popular acrylic derivate, polymethyl methacrylate (PMMA), is used for windows of aeroplanes, glass substitute in high rise buildings, and even submarine ports. This is because PMMA’s clarity and opaqueness can be tailored to specification without comprising its tensile strength and durability.

Why is acrylic preferred by number plate manufacturers?

As mentioned above, acrylic is exceptionally versatile and adaptable. When it comes to number plates, they are prized because of:

(i) Retroreflecting quality: Acrylic can reflect even the lowest level of lights from a full spectrum. At night and bad weather conditions, they arguably provide the best level of reading visibility. In daylight or high-lighting environment, acrylic produce sharp contrasts which ensure reading visibility is not impacted (unlike say, sheets of polished metal).

(ii) Durability: Acrylic is extremely durable. Its structural integrity would not be compromised even in rapidly changing high and low temperature environment. It is very rare to hear of acrylic plates cracking under extreme heat or cold.

(iii) Flexibility: Despite it structural strength, acrylic is quite easy to manipulate. With just a little heat, acrylics can be cut, trimmed and moulded into various shapes and sizes, which makes manufacturing significantly easier.

Acrylic polymers are usually manufactured in one of three forms: tubes, powder and 3.2 thick, pre-laminated flat sheets, which is the favourite among plate number manufacturers.